Science fair projects require you to use the scientific method. First you have to identify a problem or formulate a question. For example, bread going mouldy or what is the best method to stop
bread from going mouldy? Make sure that the subject that you choose interests you and that the question is something you want to know the answer to.

After you have decided on a question, do some research into the topic you have chosen, so that you have some background information on the subject.  Decide on a suitable experiment to conduct which will give you an answer to your question. Make sure the experiment is safe and ethical to perform. Now you can form a hypothesis. Hypothesis is just another term for "an educated guess" on the outcome of the experiment.  In a hypothesis you usually outline a cause and then make an educated guess on the effect. 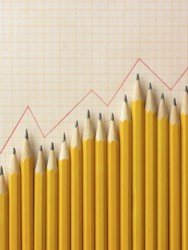 The important part of science fair projects is to show that you have collected and then analysed the data. Before you embark on your experiment first devise a system of recording the raw data. I find that a table is the best way to record most forms of data. Then you can start to perform your experiments. Once you have collected all the data from your experiment it’s time to analyse your data. To analyse your data put it into a graph or a chart whichever is best suited to it. A graph or a chart is an important part of presenting data and it may also help you to write up a conclusion.

Science fair projects require you to be logical and to make rational conclusions. Despite this the scientific method won’t stop you from being creative, original and having fun.

Go back from "Science Fair Projects" to home.